* In case of any delay in receiving the OTP, you may verify it later. Please proceed without verification.

Enter your City name or Pincode

Utai is a small Nagar Panchayat town located in Durg District of Chhattisgarh state. The town is a part of Durg Tehsil. Utai is located very strategically, as it shares immense proximity with headquarter city of Durg and also capital city of Raipur. From development point of view this proximity has brought lot of benefit to local people of this town. The future seems bright for the residents of this city of Chhattisgarh as there is all probability to develop the township bringing outskirts area under its fold. 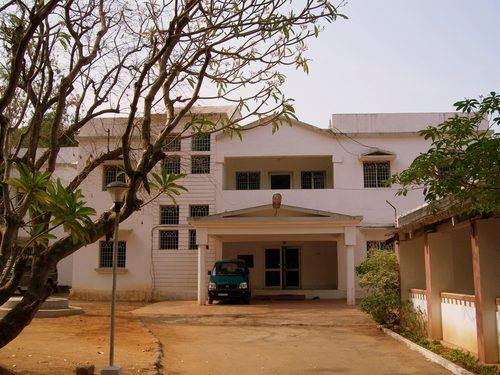 Utai is a fairly urbanized town. Hence its economic characteristics are no different from most other urban small towns of India. Just like most other urban small towns, it also has reliable service sector, which by the way is growing at a very steady pace. The leading players in Utai’s Service Sector are the usual banking industry, retail industry, hospitality industry etc. Besides, significantly large unorganized workforce that is mostly engaged in pity jobs is also very much part of the local service sector. Its proximity to industrial towns of Durg and twin city of Bhilai yields lot of economic opportunities for the locals of this town. Reason significant numbers of Utai locals are employed in these two important industrial towns. On the basis of brief information it can be concluded that Utai is an economy that has lot of potential to grow. The town already has a relatively well built infrastructure in service sector and its strategic location can further help in bolstering its growth.

All the decent economic progress made by Utai town over the years has surely had a very positive impact on its healthcare services. As a result of it today this small town at least has handful of well equipped hospitals. Besides, increase in number of chemist shops and general clinics can also be taken as a definite sign that local healthcare services in this small town is certainly improving. Apart from these steadily improving infrastructure, Utai’s patients can always benefit from state-of-the-art infrastructure available in Durg and Bhilai cities as well. These industrial cities certainly have no dearth of technically advanced hospitals. And patients of Utai town certainly do take advantage of their superior facilities. This fact again reiterates how local people of Utai benefit because of their home town’s proximity to Durg and Bhilai cities.

Utai public transportation has shown visible improvement. The number of auto rickshaws plying across the town has certainly increased over last one decade. As a result which today commuting and traveling locally in this town is not an issue at all. Besides, increased presence of auto rickshaws have also ensured that Utai’s local people can easily travel to Durg and Bhilai city as well. Utai town is centrally located and connected via road to all the important parts of Chhattisgarh state. Besides, Bhilai Railway Station, Durg Railway Station and Raipur Railway station is not located very far away from this town. All these three railway stations are amongst the most important railway station of Chhattisgarh State. By virtue of these stations people of Bhilai are literally connected to almost all the important cities of our country.

Presence of banks in Utai have means a lot for various sections of society as now they have fgot familier with banking process which is helping them in managing some savings for future. The economic impact of these services on general public here is obviously very positive and has contributed immensely to growth of their lives. As Utai town will strive to march on the path of economic progress in coming years, we’ll hopefully see few more banks opening their branches here.


Safety and Security in Utai

Low crime rates are sufficient enough to tell about law and order in Utai. It counts amongst the peaceful and stable places of Chhattisgarh state. No organized criminal gangs or even naxal insurgents exist or operate in this small town. This, however, does not mean that there is no police station operation in this town. The town certainly has a police station that is very much centrally located. The low crime rate of this town surely would not have been possible without diligent participation of this police station.


Utai at a glance

Comments / Discussion Board - About Utai